Back home, I never ate a ton of Thai food. It was more Vietnamese food and Chinese food that I liked to eat so it was a total change of pace when I got here. I rarely ate rice too, so that would always temporarily fill me up as I was eating but I was always hungry soon after. Let me tell you this though, if I have learned anything…. Spicy means SPICY🌶🌶. I had the papaya salad and almost burned my esophagus. This was by far the spiciest thing I had ever ate, I immediately had the poops and it continued to the day after (sorry guys, just giving you an idea of what spice can do to you). All I remember is burning up and needing my tour guide to run over and get me some pepto; which I continued to take shots of through out the next couple days to keep everything together (yes, I had the shits). However, this was my only horrifying experience with spice and I learned very quick from it.

My favourite dish from back home is the Thai Green Curry – I tried it in every area of Thailand I went too. To me this is a milder curry, that had great taste and flavour. There’s usually lots of veggies in it too (this was amazing since everything in Thailand is typically deep fried that isn’t curry, noodles, or soup). The eggplant in Thailand is green, and smaller than what we have at home. It almost looks like a green tomato. It still tasted the same though so I could appreciate it. 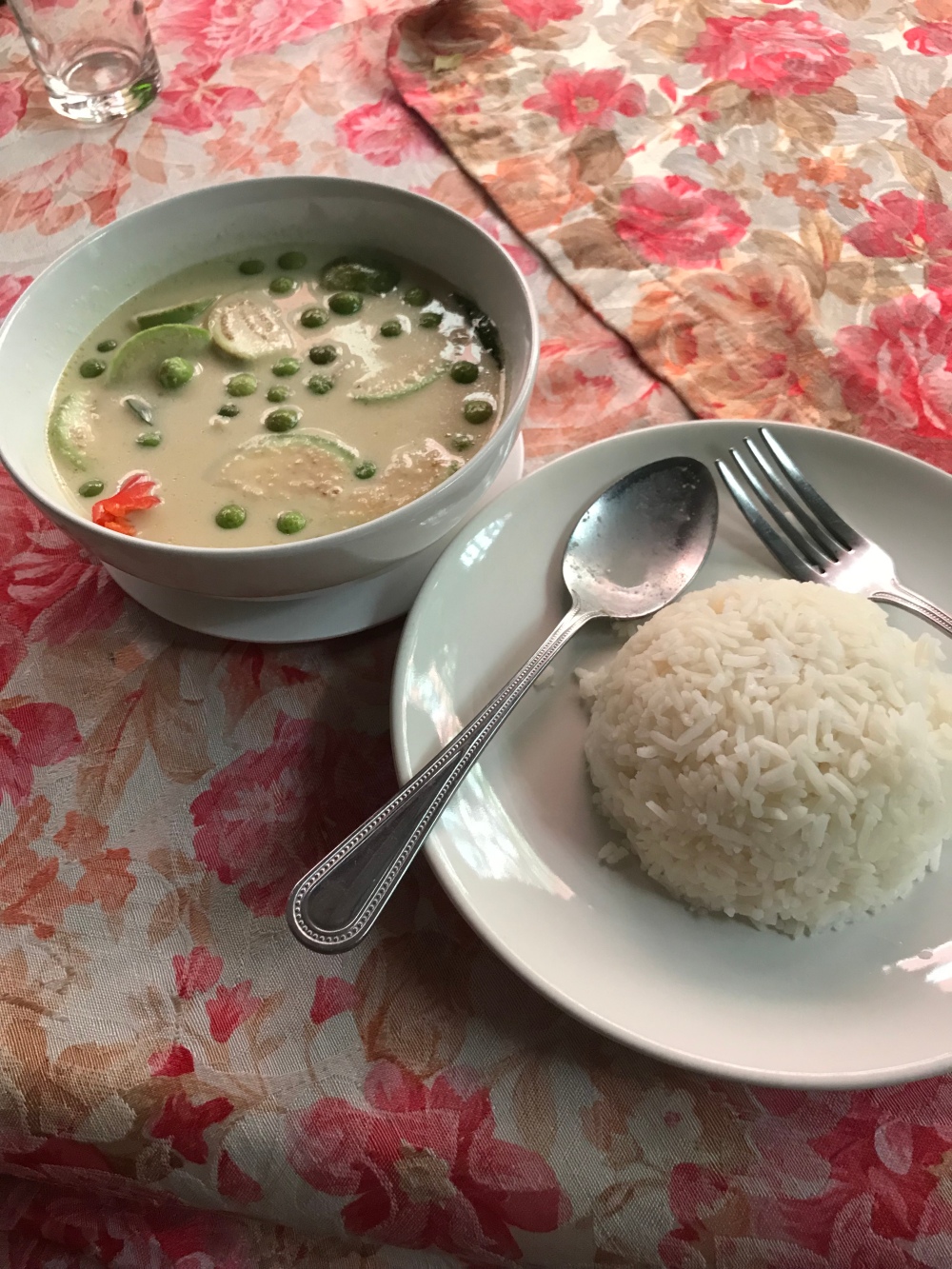 The next favourite thing I ate in Thailand was this ramen I got from the Saturday night market in Chiang Mai. It costed 60 baht, which is equivalent to $2.50 Canadian which made it that much better. Typically I get uncomfortable eating soup from a stand but since the night market sets up later in the day and the fact the broth was still hot I went for it. I first got to choose what kind of soup I wanted, how much spice I wanted in it, what noodles, and what meat. She boiled the noodles in front of me and added all the other ingredients into a pot and added the broth, then heated it up before giving it to me. It was my favourite street food hands down plus it was dirt cheap for a full bowl of soup. 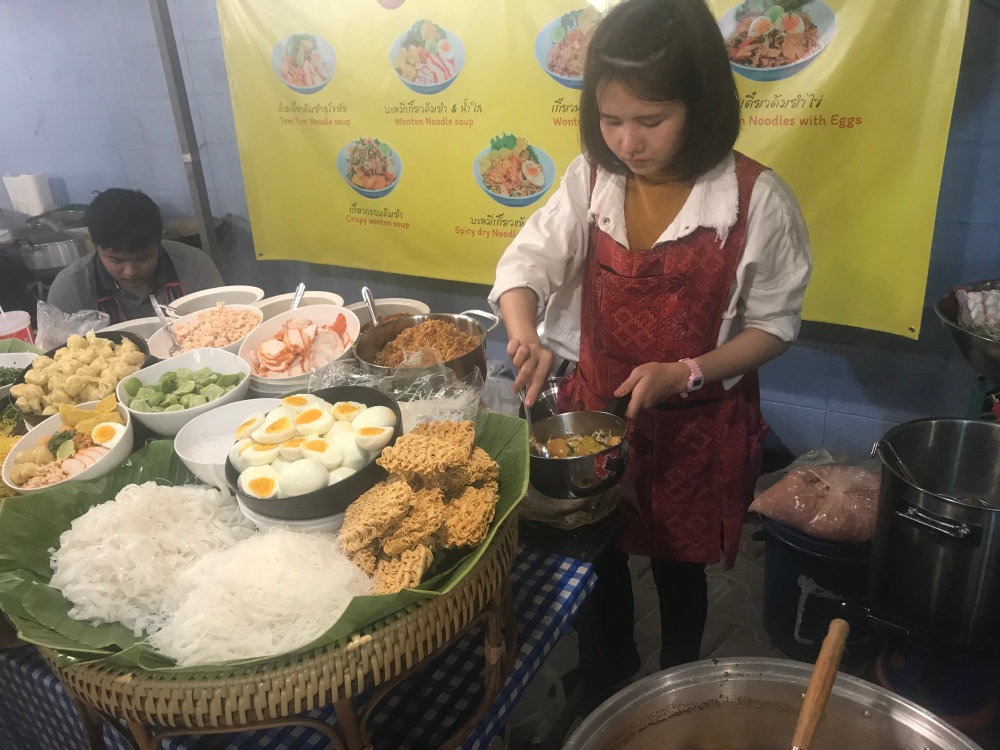 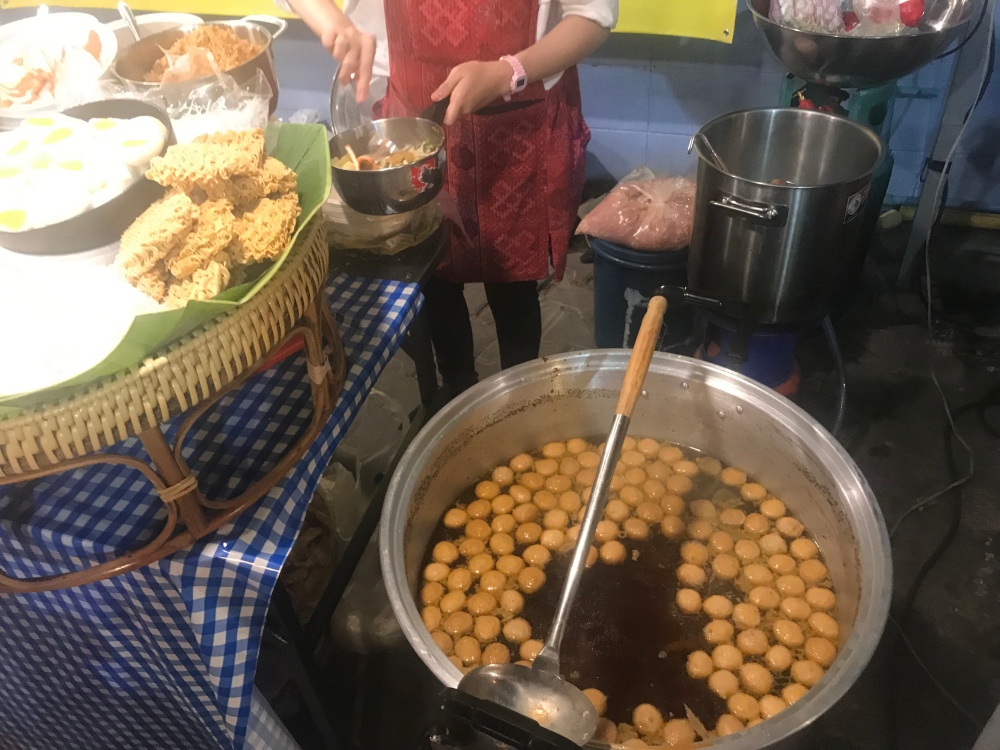 My all time favourite dish from Thailand, was the day after we partied hard on our first night in Koh Tao. We did a hike to sweat the booze out of our system to see a hidden temple. Choosing to go on this hike and push through the hangover (yes, I was about to puke my whole way up) was probably a good thing because if I didn’t do this hike I would of missed the soup at the bottom. Sam, our tour guide suggested we get food at this noodle place that cooks roasted duck. I was a little worried eating it and also feeling pretty bad about eating a ducky, but it was delicious. It had the most amazing broth but had a whole tray of goodies to add to it on the table. They were ground dried chillies, chillies in vinegar, sugar, soy sauce, oyster sauce and ground chillies in some sort of liquid. My favourite to add is the ground dried chillies. It is the most amazing flavour and you do not need a lot of it to change the flavour or spice levels. All in all it was great and I also broke a sweat eating it. The duck was tender and the noodles were tasty. 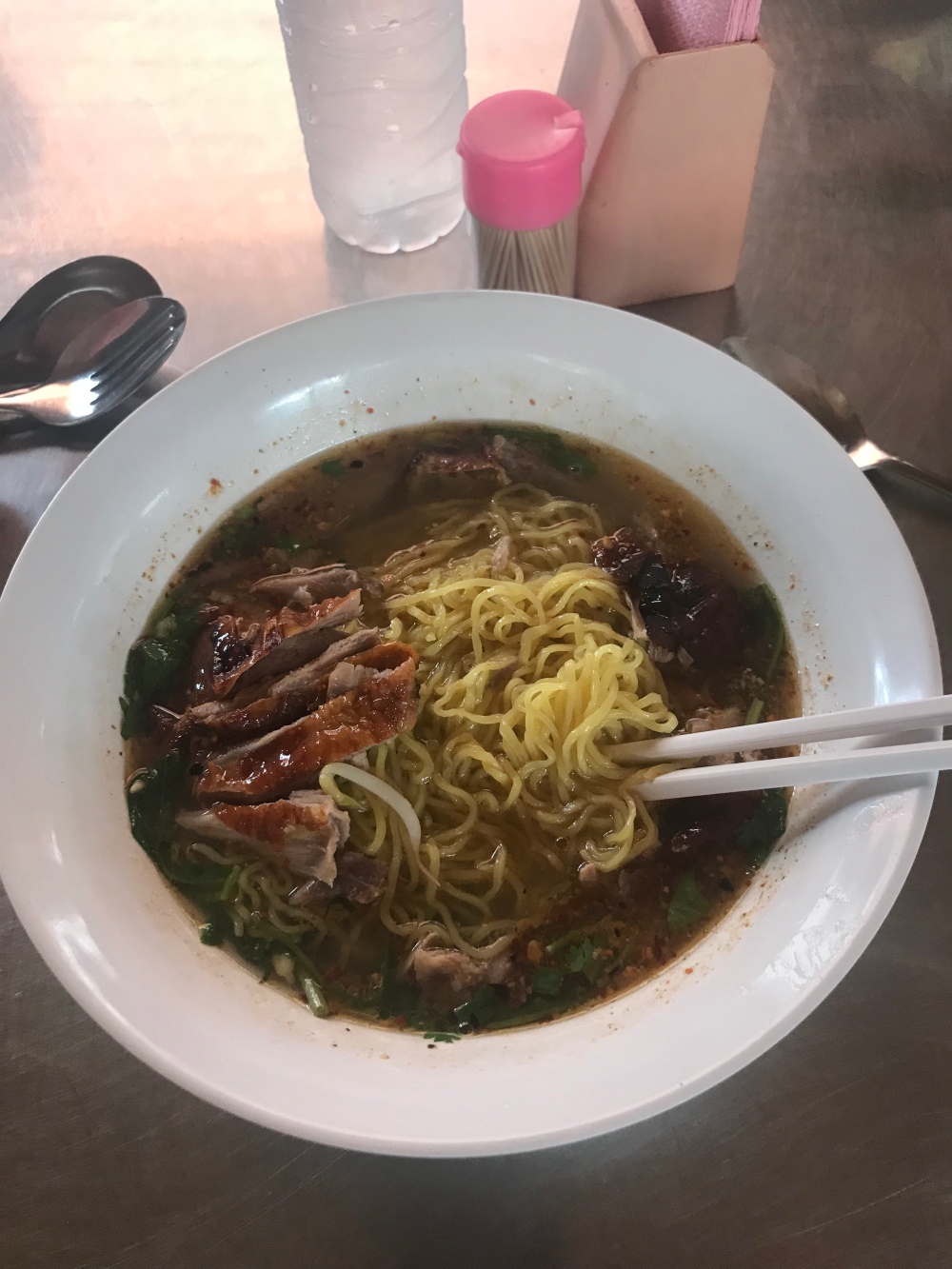 The idea with the spices is to balance the sweet, sour, and spice of the broth!

The best thing to have with breakfast hands down is a Mango Fruit Shake (same as a smoothie). This is what kick started my day most the time or I would have fresh orange juice. Fruit shakes are everywhere in Thailand. I lucked out and got to be here when mango was in season which made my foodie experience that much better since it’s my favourite food. I even had mango cooked into my pancakes while I was here. It’s been great! 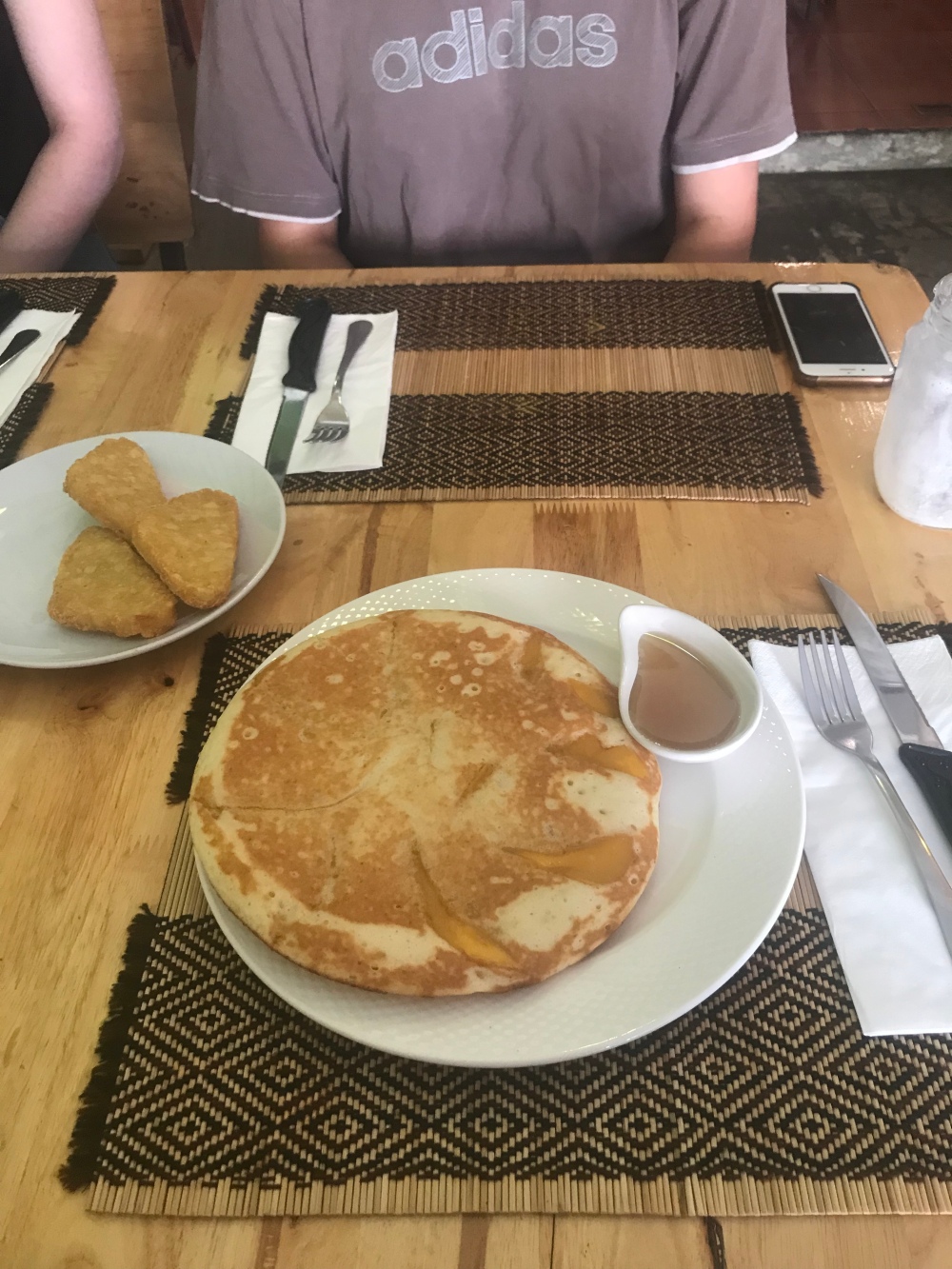 Other things I had the opportunity to really authentically try was coconut soup, real fried rice, mango and sticky rice (very tasty), real spring rolls, fried banana, and lots of deep fried food (including most of my vegetable intake). Thailand also has some of the best vegan food I have ever tasted (the pancake was vegan)!

Tonight, I came across a falafel place. It was amazing!! I have never had better falafel in my life. I got the falafel platter so I got hummus, tahini and tzatziki as well as fresh veggies (which is always exciting here) to build my own pita! Hands down one of my best meals here even though it’s not a traditional dish here!