We spent our first few days in Bangkok eat lots of good food and having Chang’s (Beer). I have slowly gotten to know my tour mates from places like Australia, New Zealand, USA, and Canada! It has been awesome getting to know them because many of them are very similar to me when it comes to traveling and living life in general. I have never felt more comfortable with strangers!

We spent our first evening on Ko San Road which is as crazy as people say it is. That evening I had to cut short because I was jet lagged and my allergies started to hit me. My allergies have been worse than home, which I think is from the pollution mostly. I had never seen a sky so hazy. The day after a good nights sleep and popping allergy pill to breathe properly, we got to go to the Wat Po Temple (I recommend googling it to see it for yourself). This temple is massive, it has 99 Stupas; the pointed towers scattered around. The stupas hold the ashes of loved ones if you pay for a spot in one. There are also Buddha’s everywhere. There are two massive ones ; the reclining Buddha and the Buddha that is being protected by snakes ; the story goes back to when Buddha was on his path to enlightenment and was meditating in a forest when a storm came in. The snake decided to protect Buddha from the rain. There is so much detail on everything right from the walls and gates to get in. 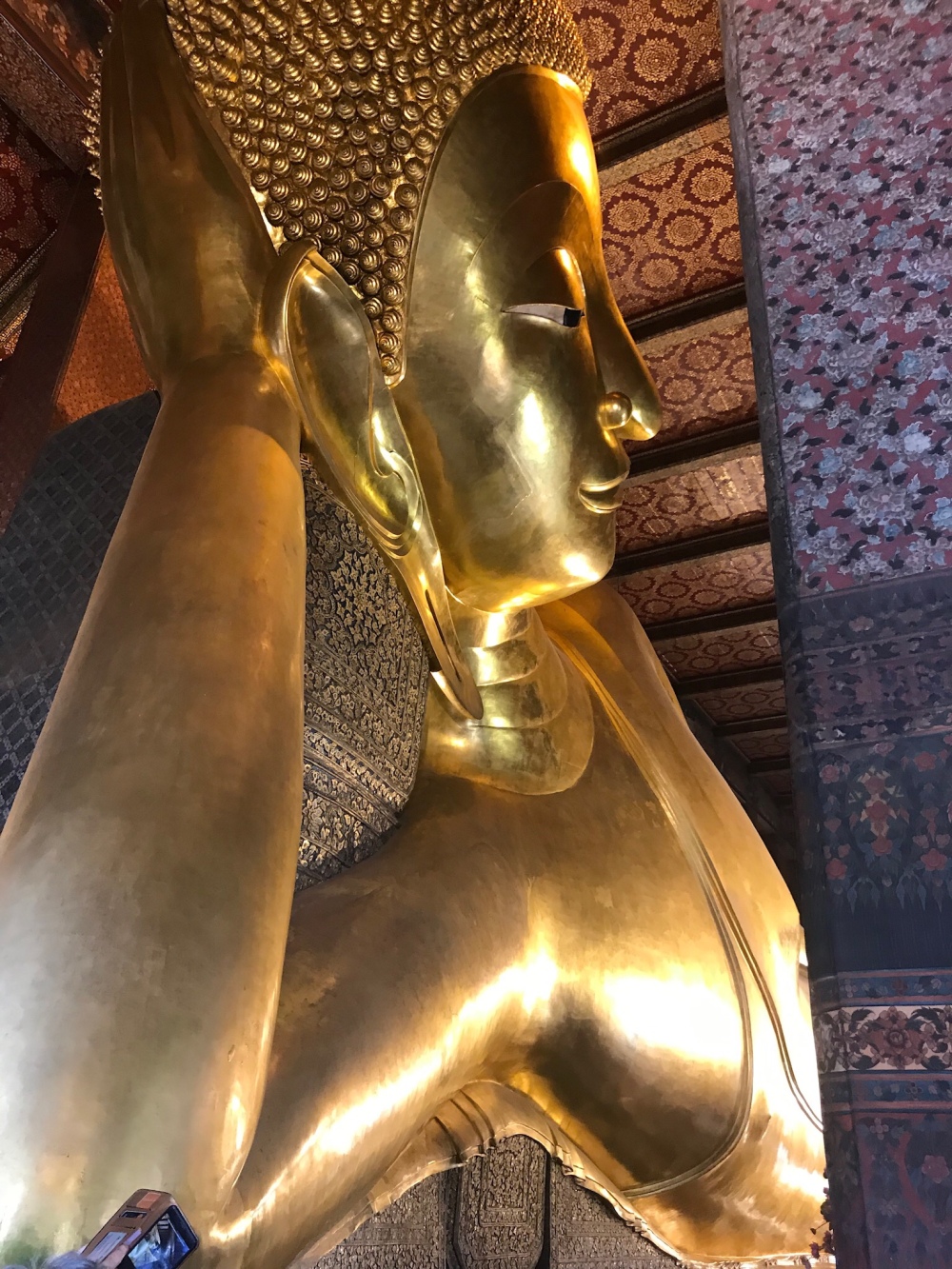 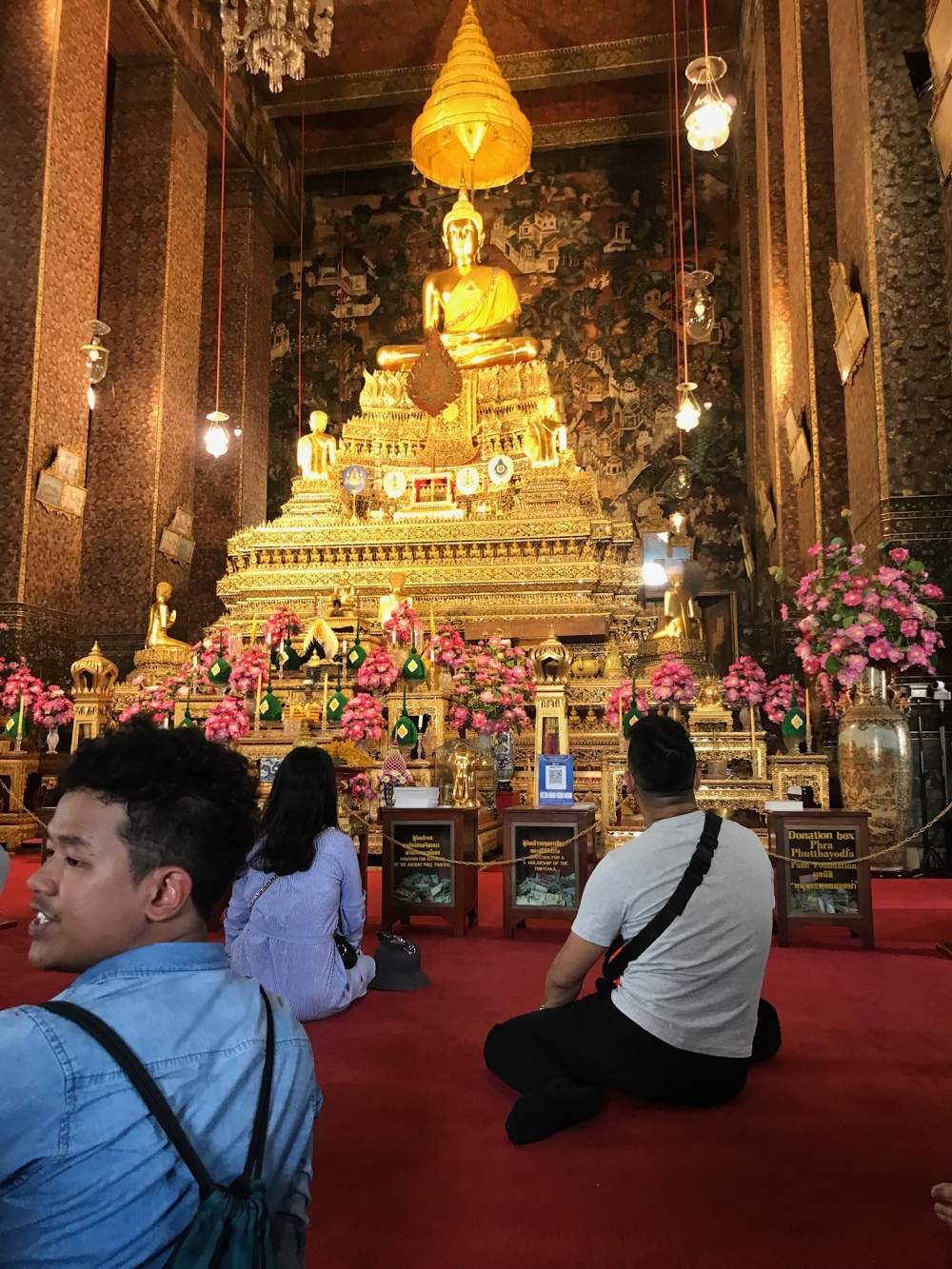 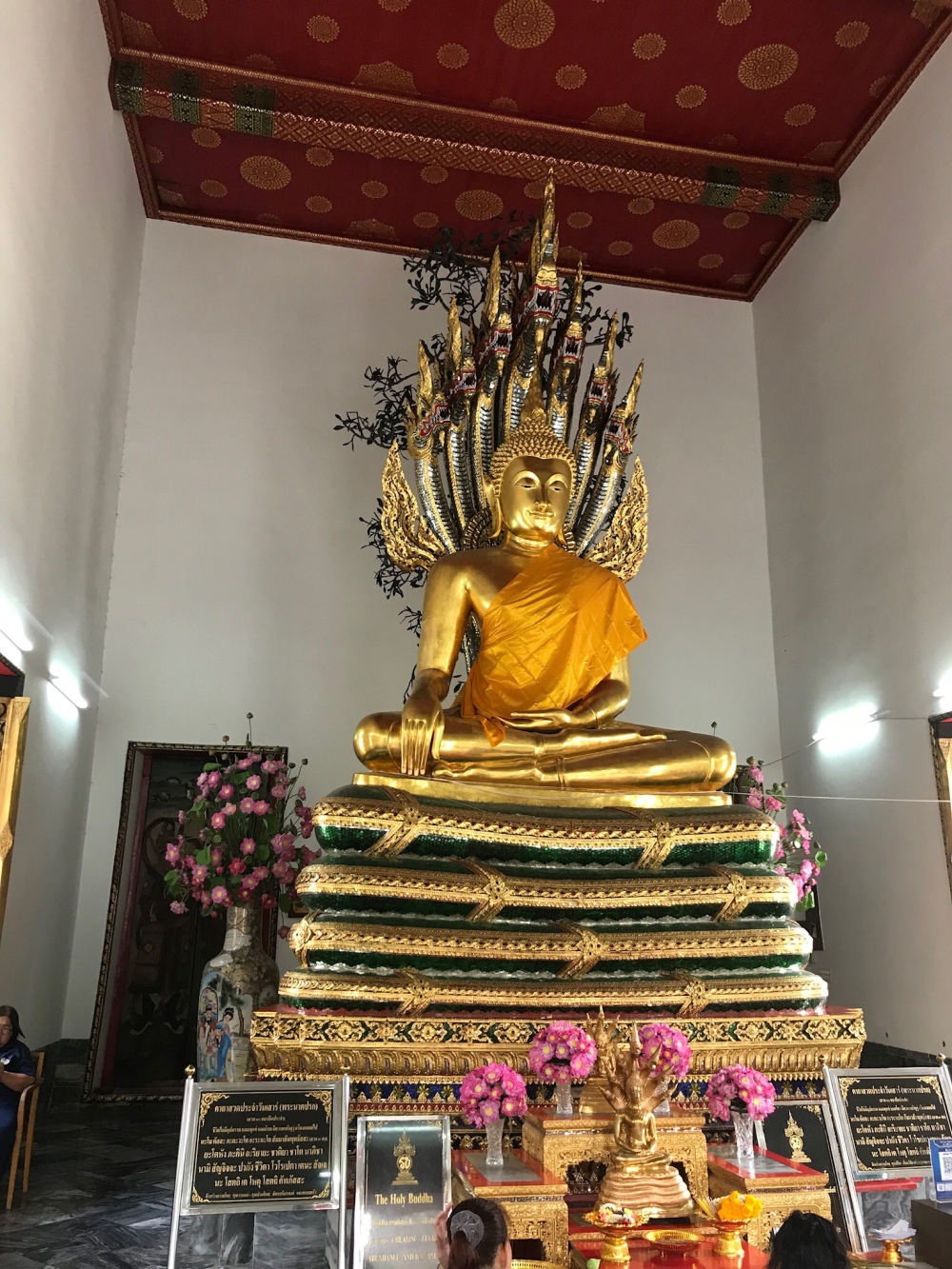 We then took a Tuk-Tuk ride back to our hostel. They are as exhilarating and sketchy as you have seen and heard. You weave in and out of traffic and they can actually go pretty damn fast.

That afternoon we then caught a ferry down the river to see Bangkok and all it has to offer. It’s massive and varies in wealth. You have the very low close and then there’s the rich. There is no real in between. Apparently on average, they make the equivalent to $15 a day CAN. So when you tip, it’s a big deal because it is already technically added onto the bill when you go to pay. The currency is pretty easy to use and understand 20 Baht is equivalent to around $1CAN. We then went back to the hostel and got ready to get on the bus for a 12 hour night bus ride down south to catch a ferry to the islands where we will spend New Years Eve with 20,000 people, which is actually a really big deal here to the locals. 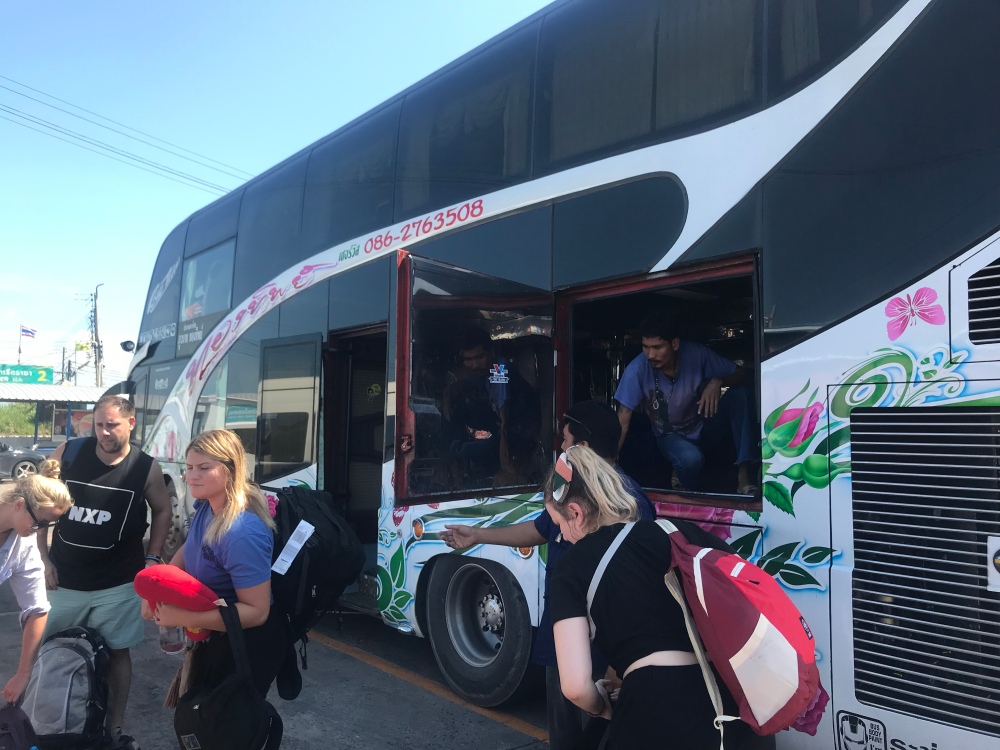 The night bus ride was filled with A LOT of drinking. A beer here goes for 75 Baht and you can buy them at many 7-elevens that are in tourist areas. I honestly thought I was going to sleep on the bus until one of the to guides decided to break out a 2-6 of cheap dark rum which was actually really good with coke. We ended up drinking through that and needing to stop the driver to get more alcohol and mix. So in Thailand there are check-stops very similar to the ones back home. They check of you have open alcohol. So the bus driver would flash there lights to warn us and we would have to quickly hide our booze and pretend to be sleeping haha. Let’s just say that was a unique experience I will never forget. Nothing happened and we were all good. The night continued on – I didn’t get to bed until 4am.

When we woke up we stopped at a gas station for a pit stop. Many of us had the post drinking poop and wanted a toilet. We walk into the bathroom and they are all squatting toilets, with a bid Dae. I had never wanted my own toilet so bad. There’s no toilet paper in the stalls either.

I am now sitting on the bus for another hour waiting to reach our ferry which hopefully, fingers crossed, will not make me sea sick and praying that my gravol works this time.

Update: I survived the ferry ride